Skip to content
Tumer and Sharif > Legal News Blog > Blog > Are Both the Tenant and the Landlord Liable for ADA Claims? 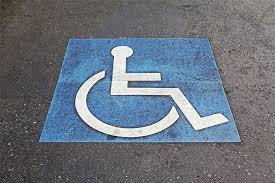 Who’s to blame, the tenant or the landlord?

One of the first things we hear from our clients is they are not responsible for the alleged “barrier” on the property – it is the landlord’s or the tenant’s responsibility under the terms of the lease. This is always a difficult question to answer because the law is counter-intuitive about this situation.

In Botosan v. Paul McNally Realty, the Court addressed this question head on. In that case, Botosan, a wheelchair-bound person, claimed that he was denied access to a realtor’s office due to a lack of handicapped parking and sued both the landlord and the tenant under the ADA and Unruh Act. However, it turned out that the lease between the landlord and the tenant had allocated all responsibility for ADA compliance to the tenant. The landlords asked the Court to dismiss them from the case because it was not their responsibility. The Court ruled that it was their responsibility, at least as to Botosan. That didn’t mean that the landlord didn’t have a case against the tenants under the lease, but, as far as the disabled plaintiff was concerned, they were liable to him.

First, there is an exception to this rule. Tenants are not responsible for ADA compliance as to elements they have no control over. So, if the realtor was one of several tenants on the same property that shared a parking lot and had no control over the parking spaces, they could ask the Court to dismiss them. You can’t be held responsible for something you don’t have the power to change. But other than this one exception, both landlord and tenant have to see the case through to its conclusion and are jointly and severally liable for any amounts awarded by the Court.

That doesn’t mean the language of your lease is null and void, though. Either within the ADA suit itself or in a separate lawsuit, you can enforce the terms of the lease, including attorney’s fees and indemnification provisions. So, in the Botosan example, the landlord could get all of his expenses, possibly including attorney’s fees (depending on the specific wording in the lease), from the tenant. The only thing is that it would be a separate matter from whether the disabled plaintiff could recover from the landlord.

Generally speaking, turning a case from a two-way battle between the disabled plaintiff and the landlord/tenant into a three-way battle between all three ends up costing both the landlord and the tenant more. However, some landlords and some tenants are not cooperative, which can be an even bigger problem whose only solution is to start a new lawsuit to get the wayward defendant in line.

The ADA lawsuit problem has been going on for decades. As a result, most commercial leases now include terms apportioning ADA compliance, often (but not always) solely to the tenant. As a landlord, it is important that you monitor your tenant’s compliance as well as your own compliance in common areas. As a tenant, it is important to notify your landlord of potential common area issues as well as making sure your own premises is accessible. But neither landlord nor tenant should believe that it is possible to hide behind the lease and avoid the ADA lawsuit. The Court won’t allow it.

What should I do about my lawsuit?

We have helped landlords and tenants fight against wrongful disability access lawsuits in Orange County, Inland Empire, Los Angeles and Northern California. If you think your business is being targetted by a professional litigant, contact an attorney right away by calling (949) 287-6901.